UK Not Seeking to Establish Anti-Iran Arab-Western Alliance Top OfficialBBC Monitoring Middle East2008-11-29
Excerpt from report by London-based newspaper Al-Hayat website on 29 November
[Report by Camille al-Tawil in London: "London: We Share Arabs' Fears of a Nuclear Iran But We Are Not Seeking To Build Alliance With Them To Isolate Tehran"]
A high-level British official stressed yesterday that his country "is not seeking to "build an Arab-Western alliance to isolate Iran" but only wants the Arabs to help persuade the Iranians of the danger from continuing their enrichment of uranium whose aim the West suspects is the building of a nuclear bomb, something that Tehran has constantly denied.
A senior official in the British Foreign Office denied Iran's assertions that London "wants to deprive us of our right to nuclear energy" and replied violently to the Iranians' stand on a speech by Foreign Secretary David Miliband in Abu Dhabi before few days and rejected their accusations that "it was an attempt to create disputes with the Gulf countries."
Speaking at a meeting with a small group of correspondents yesterday attended by Al-Hayat, the high-level British official explained that his country offered with the "5+1" group (the UN Security Council's [UNSC] five permanent members in addition to Germany) several incentives proposals to the Iranians, the last of which was in June 2008 and "which has a clear stipulation that we do not want to deprive Iran of its right to peaceful nuclear energy."
He added, however: "There was lack of trust in the Iranians, specifically in terms of the difference between their words and actions." He acknowledged that Iran "has its interests in the region, but we too have our interests. Iran's actions in Iraq, Afghanistan, Lebanon, and the Palestinian territories show this country's real policy."
The official went on to say that the Iranian regime is at present asking its diplomats to spread allegations "to the effect that we want to deprive Iran of its right to peaceful nuclear energy. This is totally untrue." He explained that the incentives proposal offered to Iran underlines its right to this peaceful energy "but Iran is, apparently, seeking to gain time so as to put us before the fait accompli when we could not do anything to stop it." This was a reference to its continued enrichment of uranium. He said: "There are many countries which do not need to enrich uranium to produce nuclear energy. Why is Iran insisting on enrichment?" After referring to the offer to the Iranians to provide them with enriched uranium from Russia and the West's guarantees to operate reactors to produce nuclear energy, he said: "We are not seeking regime change in Iran. This is up to the Iranian people themselves who decide who their leaders are."
On the reason for urging the Arab countries now to take a stand towards Iran and increase pressures on it to stop the enrichment, the British official said: "The Arab countries share our concerns about the Iranian nuclear programme. In fact, the Arab countries are closer to Iran than us and therefore feel the danger more than us. But our call to the Arab countries (to take a stand towards Iran) does not mean that we are seeking to build a Western-Arab alliance to isolate Iran. This is illogical and we are not seeking it. But the Arab countries have contacts with Iran and hence can deliver messages to it about its nuclear programme."
On why the Arabs should join in imposing sanctions on Iran, he said the Arab countries belong to the United Nations and "therefore comply with its resolutions." This was a reference to UNSC resolutions issued in the past two years and which included sanctions on establishments and figures in Iran who are allegedly associated with the secret nuclear programme.
The official refused to say that his country "has woken up now" to the Arab peace initiative (which was launched in 2002) because it is seeking the Arabs' support to isolate Iran and said: "We are not offering to bargain with the Arab. We are not telling them go along with us in this matter against Iran so as that we go along with you in the matter of the Arab peace initiative. Our stand on this initiative is that is a good basis on which it is possible to build so as to achieve peace in the region."
He talked about Iran's "negative" role in the region and said: "The Iranians have dialogues and contacts with the political parties in Iraq. This is something good and legitimate. But they are at the same time backing the special squads and insurgent groups. Does this really help the Iraqi Government which Iran says it supports? In Afghanistan, the Iranians are also giving good assistance in some areas but are at the same time giving weapons and ammunitions to Taleban. We intercepted convoys from parties in Iran carrying weapons and explosives for making explosive devices similar to the ones used in Iraq. Is this a positive role for the Iranians in Afghanistan? In Lebanon, the Iranians have useful relations with Hezbollah on one hand and non-useful ones on the other. Sending missiles (to the Lebanese party) is of course not something good. In the Palestinian territories, the Iranians are giving support to the Hamas and Islamic Jihad movements. Is what these two organizations are doing supporting the Palestinian people's aspirations?" He added: "We want a diplomatic solution with Iran but we do not want to reach a situation where we find ourselves before two options: Either a nuclear-armed Iran or some country striking Iran to prevent it from becoming so."
[Passage omitted on Miliband's speech in Abu Dhabi]
Originally published by Al-Hayat website, London, in Arabic 29 Nov 08.
(c) 2008 BBC Monitoring Middle East. Provided by ProQuest LLC. All rights Reserved.
A service of YellowBrix, Inc.
Posted by C. Tawil at 11:28 No comments: 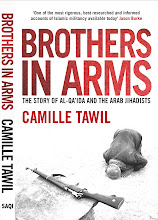 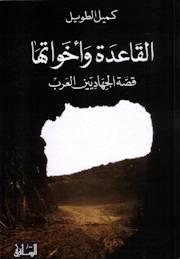 The Armed Islamic Movement in Algeria - From the FIS to GIA